A call to revisit the existing National Energy Plan (RUEN) 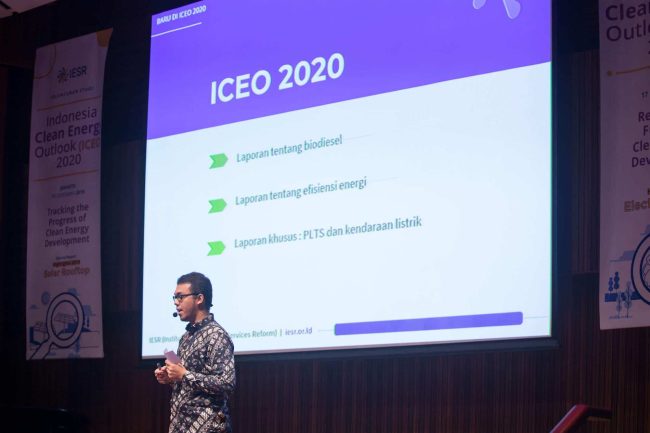 As a national plan, RUEN becomes a reference for other energy-related plans such as RUKN, RUPTL, and Regional Energy Plan (RUED). In addition, RUEN is also used by ministries and local governments to develop their strategic plans. The existing RUEN, however, was developed by using assumptions and parameters from the year of 2015, making the projections made in the plan overestimated. The overestimated economic and industrial growth projections, for instance, have resulted in overestimated primary energy and electricity consumption which later leads to a high estimation of installed capacity.

Through the study of National Energy General Plan (RUEN): Existing Plan, Current Policies Implication, and Energy Transition Scenario, IESR attempts to develop three alternative scenarios that not only use updated assumptions and techno-economic parameters but also integrate the latest government policies on energy and higher shares of renewables. 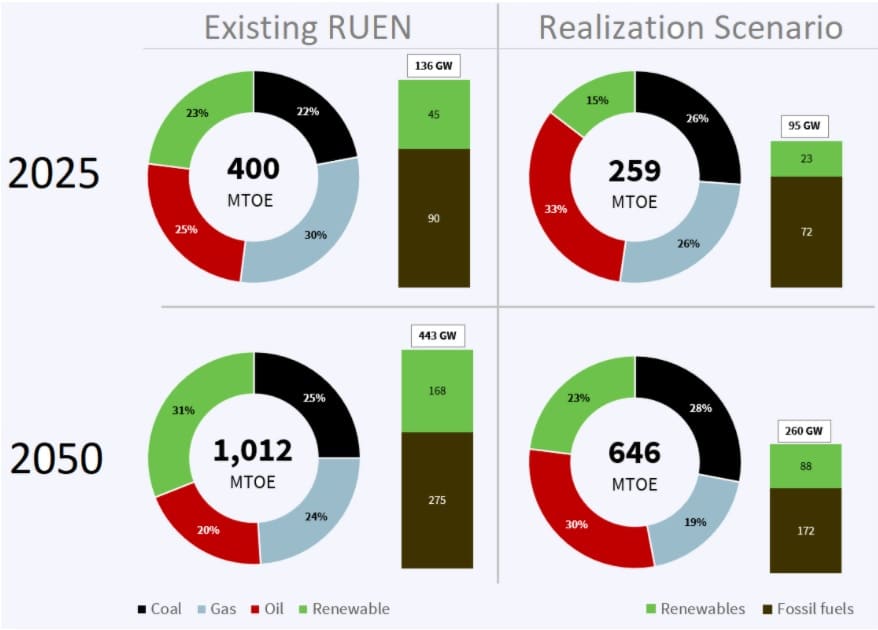 The primary energy consumption in the first scenario (realization scenario) is lower than the existing RUEN with an annual energy consumption growth rate at 4% (compared to 4.7% in the existing RUEN). The other finding from the study also shows that the 45.2 GW renewable energy target in 2025 will not be achieved. The realization scenario exhibits that renewable energy will only increase to 22.62 GW in 2025, writes Agus Tampubolon, author of the report.

“In the current policies scenario (CPS), the share of renewable energy in the 2025 primary energy mix will not reach 23% as mandated in the existing RUEN. However, the share of renewables in the primary energy mix will rise to 40.3% by 2050, higher than targets in the existing RUEN and realization scenario. This is mainly due to the biodiesel program (B50 from 2021 and B100 in 2030).”

“In addition, the demand for electricity in the CPS is also higher than the realization scenario due to higher electric vehicle penetration in the CPS.  This leads to higher power plant capacity in the CPS”, says Agus. 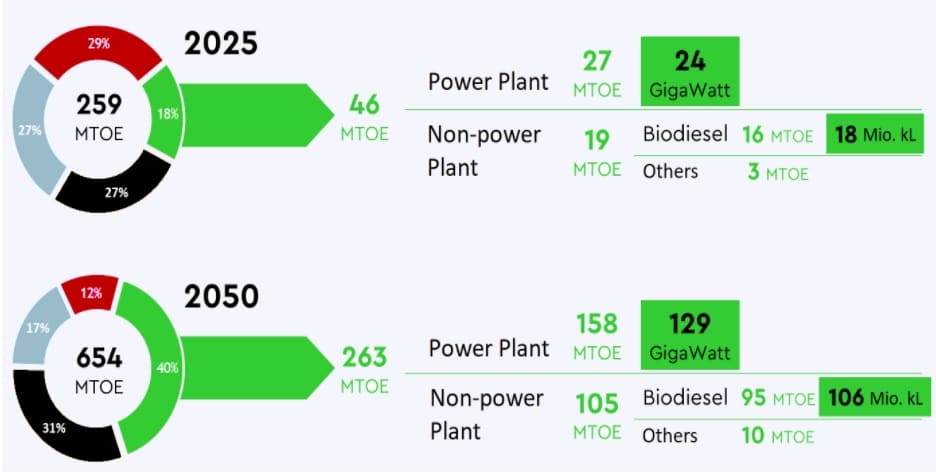 “What this study shows is that there is an urgency to revisit RUEN and to update parameters and assumptions of economic growth, energy demand, and renewable energy prices used in this national plan. With the updates, Indonesia should see that a high share of renewable energy is not only possible but also viable”, he concludes. 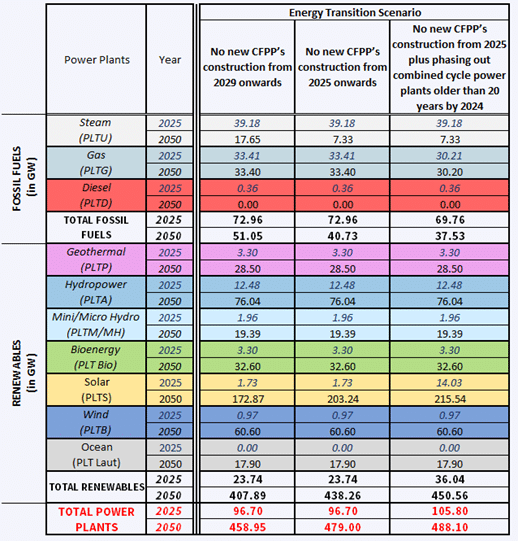