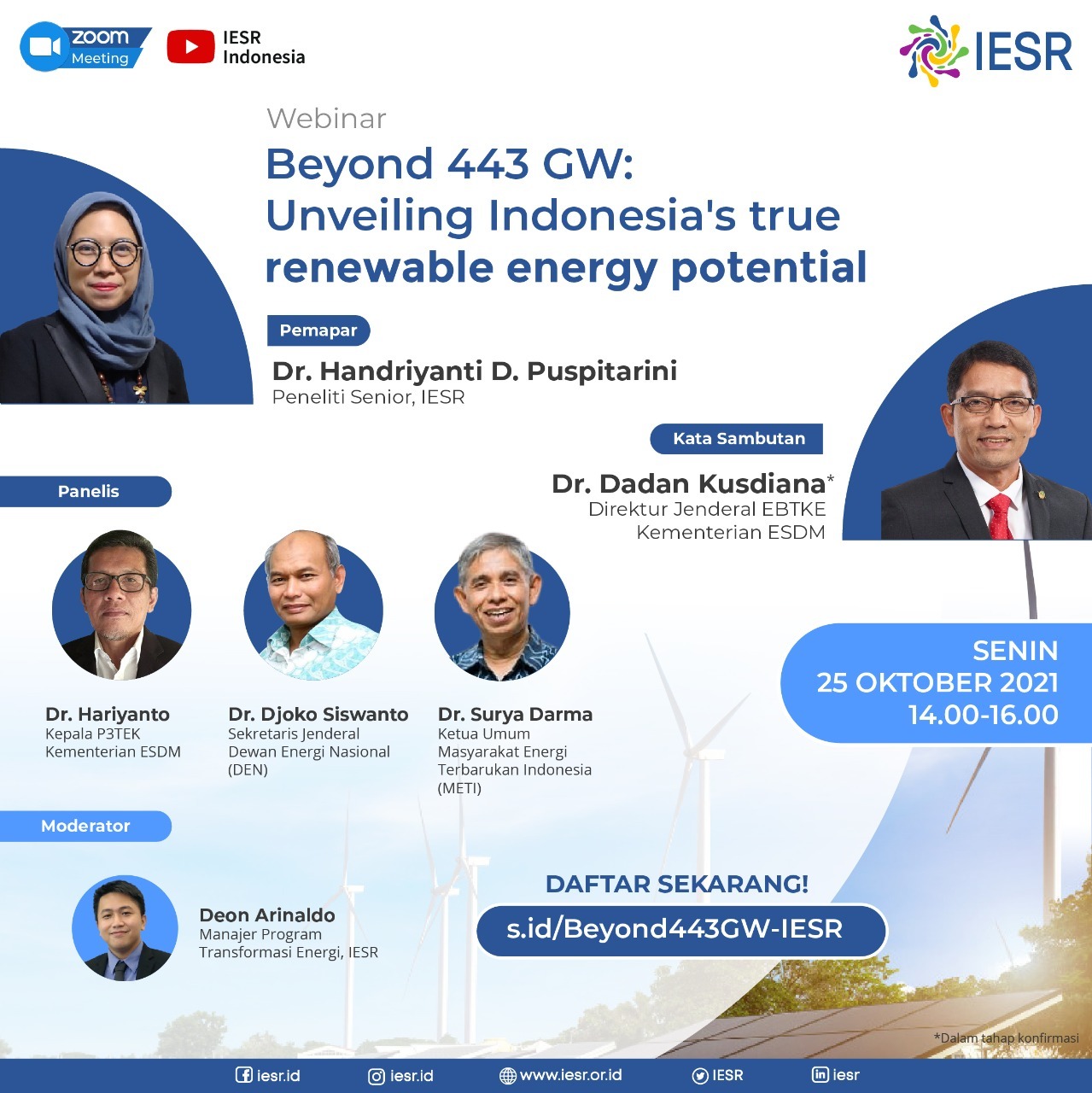 Indonesia has ratified the Paris Agreement through Law no. 16/2016. Therefore, legally, Indonesia needs to contribute in overcoming the climate crisis by increasing its ambition for greenhouse gas (GHG) mitigation actions so that the global average temperature does not rise above 1.5 0C. In one of the Intergovernmental Panel on Climate Change (IPCC) models, and in an effort to limit the increase in global temperature below 1.5 0C, the total global GHG emissions must decrease by 45% by 2030 (baseline in 2010) and reach net zero emissions ( NZE) in 2050. Indonesia’s contribution is very important, because Indonesia is among the top ten countries with the largest GHG emissions with projected emissions that continue to increase, especially in the energy sector which will be the main contributor to GHG emissions in 2030.

Indonesia’s electricity sector plays an important role in increasing Indonesia’s GHG emission mitigation ambitions. In the 2021-2030 RUPTL, which is claimed to be a green RUPTL, it is planned that an additional 20.9 GW of renewable energy generation is planned by 2030. Although the addition of renewable energy generation capacity has exceeded fossil power generation, emissions in the electricity sector will still increase over the next decade from 259 million tons of CO2 to 335 million tons of CO2. This is certainly contrary to the needs of the Paris Agreement, which suggests that global emission reductions need to be seen in this decade.

In the IESR modeling, it is shown that Indonesia can achieve zero emission in the energy sector by 2050 by building 140 GW and 1550 GW of renewable energy plants in 2030 and 2050 respectively, which is accompanied by accelerated penetration of electric vehicles and electrification in the industrial sector. Renewable energy plays a major role in decarbonizing the energy system, and at the same time it can reduce the cost of the energy system and create more jobs. However, based on records from the Ministry of Energy and Mineral Resources, Indonesia’s total renewable energy potential only reaches 418 GW.

IESR has also studied the technical potential of renewable energy which includes the potential for solar, wind, mini/micro hydro, biomass and also pumped hydro energy storage (PHES). Through this webinar, IESR intends to present the results of the study of the technical potential of renewable energy and the methodology used so that they can be discussed together and become input for relevant stakeholders and contribute positively to Indonesia’s energy transition process.