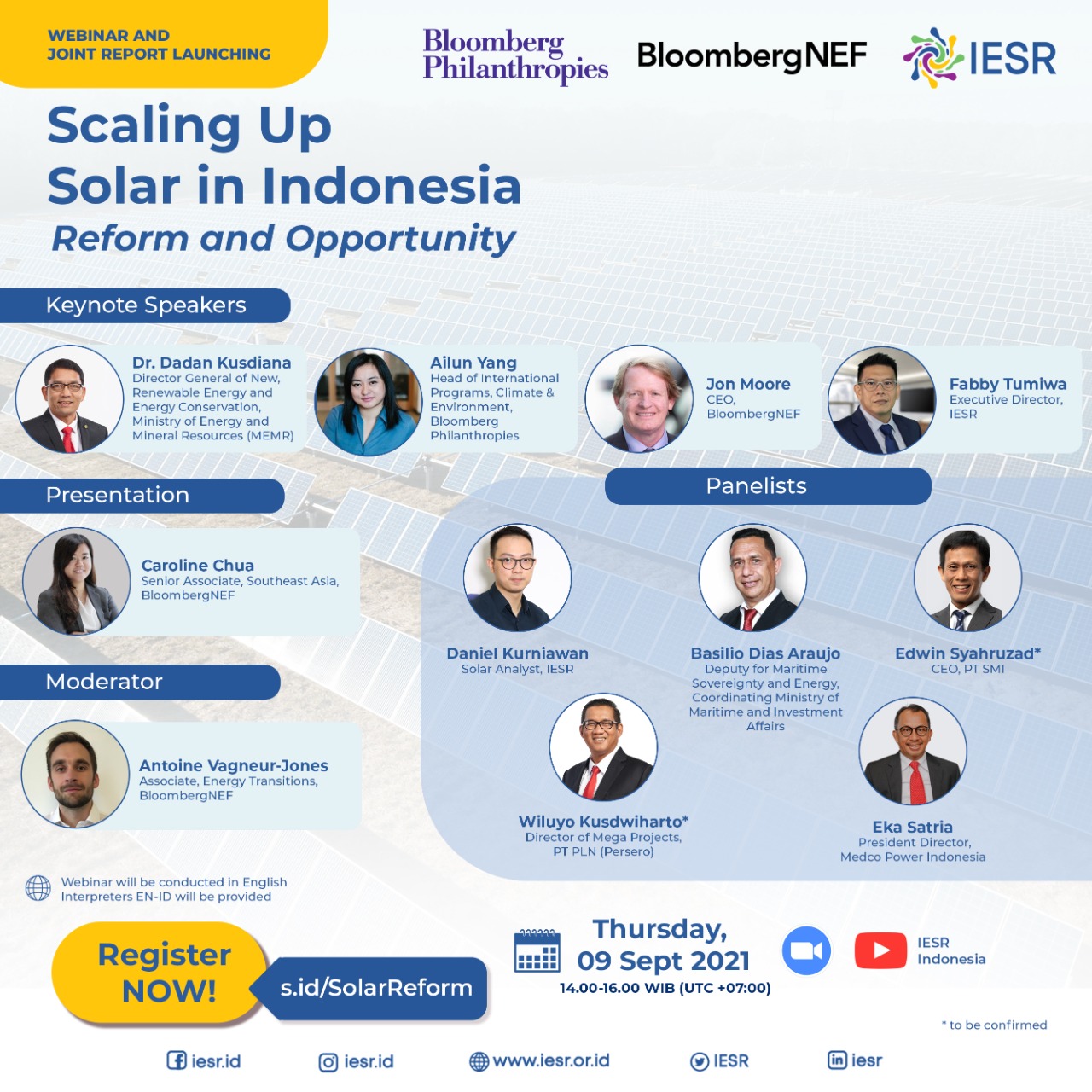 Scaling Up Solar in Indonesia – Reform and Opportunity

Pointing to the draft of the Grand National Energy Strategy (GSEN), the Government has targeted 38 gigawatts of new and renewable energy by 2035, making solar PV a priority: divided into floating solar PV, large scale solar PV, and rooftop solar PV. Globally, the technology has become the most effective solution to reach the net-zero emission target by 2050, weighing the lower investment cost. IESR’s recent study on solar PV technical potential based on GIS mapping also shows up to 20,000 gigawatt-peak potential on suitable land across Indonesia. Solar energy would be key in achieving Indonesia’s climate target and decarbonizing Indonesia’s energy system; requiring strong commitments, well-prepared plans, including identification of feasible project pipelines, and satisfactory implementation.

BloombergNEF in collaboration with IESR produced a special report on the solar PV landscape in Indonesia and how to scale up its progress. The report highlights solar PV’s growing role to decarbonize Indonesia’s power system, investment needed, and to raise solar ambitions beyond 2025. This report launch will discuss the content of the report and its recommendation to the Government, and to invite strategic stakeholders to strengthen their commitment for solar deployment in the country.