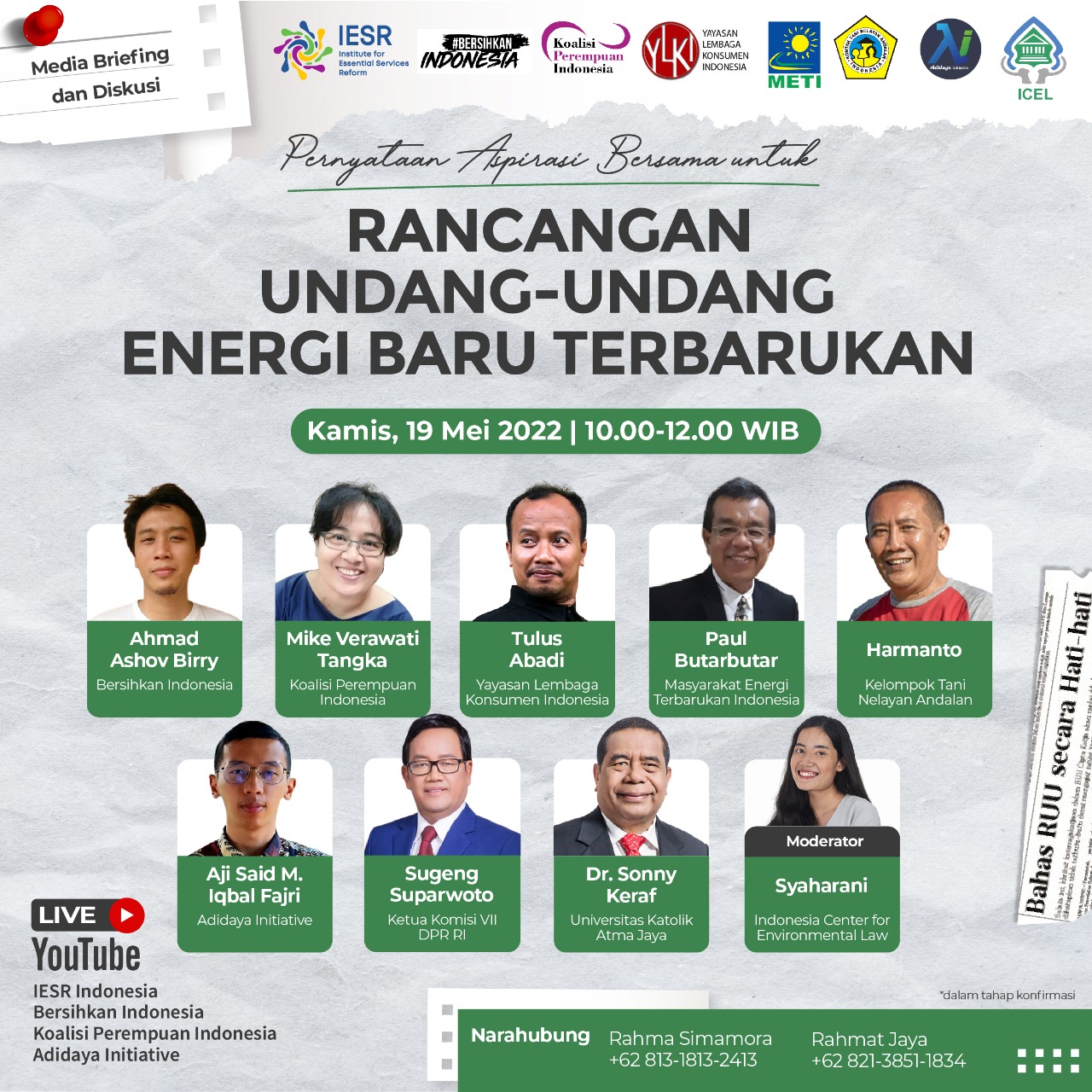 Topic: Media Briefing and Discussion: Statement of aspirations for the NRE Bill

Along with the need for renewable energy regulations and policies in Indonesia, the House of Representatives of the Republic of Indonesia (DPR RI) has established the New Energy and Renewable Energy Bill (NRE Bill or RUU EBT) as one of the 2021 National Legislation Programs (Prolegnas). In early August 2021, the Indonesian House of Representatives submitted a draft of the NRE Bill to the Legislation Body (Baleg). In March 2022, the latest draft was submitted as part of the harmonization process.

However, the latest draft further deviates from the initial draft of the bill which was intended for renewable energy only, where in the latest draft, the portion of new energy is further strengthened with the addition of several paragraphs and articles. For example, Article 6 which specifically regulates the use of non-renewable energy in the energy transition process and the regulation of coal supply for domestic needs with a certain selling value (domestic market obligation/DMO).

On the other hand, various groups and community groups have voiced their views on the EBT Bill, including youth groups, farmer and fisherman groups, women’s groups, CSO coalitions and representatives of other organizations. It is proper that the draft of the EBT Bill can reflect the voices of these groups. At this media briefing, the aspirations of the various groups will be presented together in a joint statement.