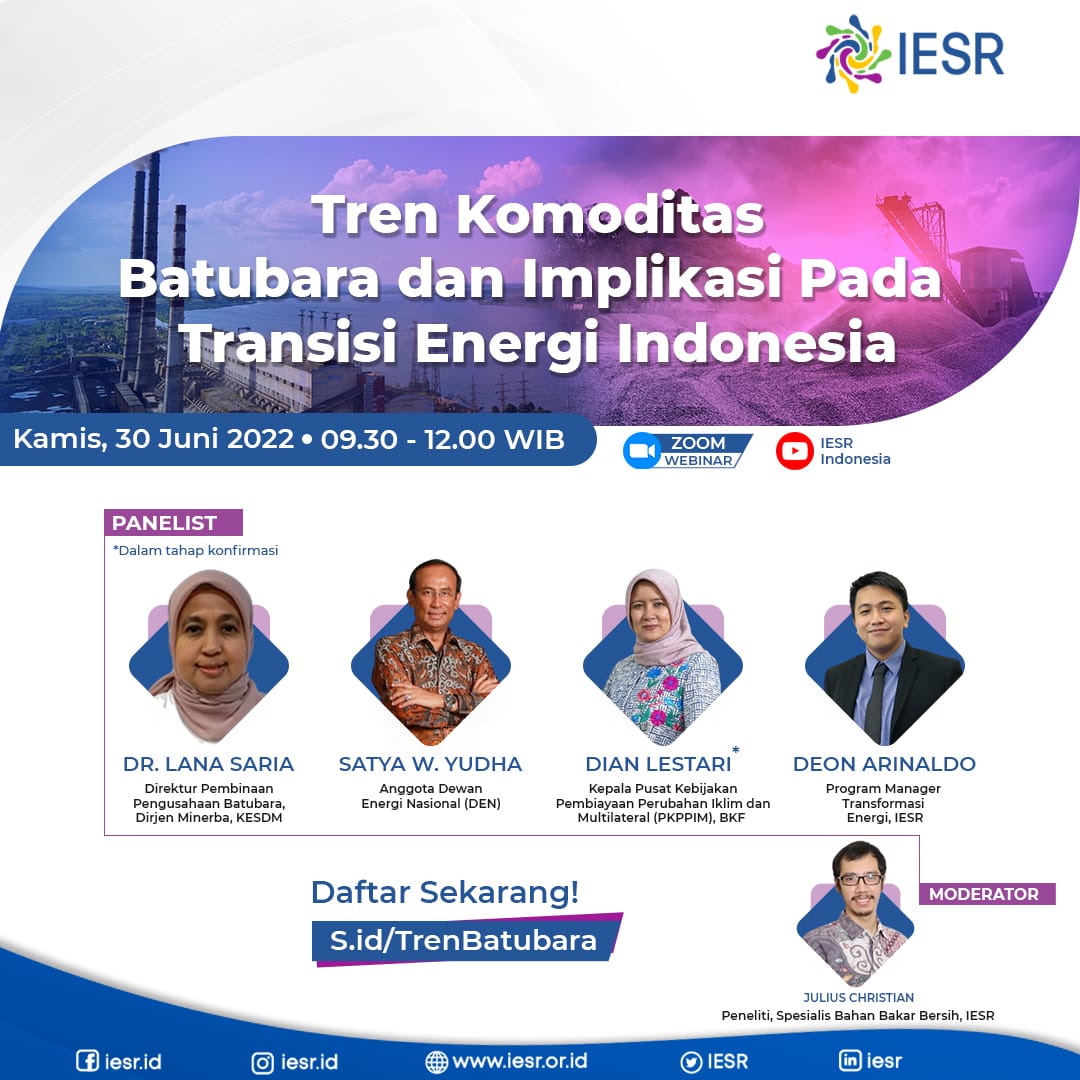 Indonesia’s fossil energy mix is ​​still approaching 90% at the end of 2021. Coal’s primary energy mix is ​​the largest until Q3 2021, followed by oil and gas, reaching 38%, 32%, and 20% respectively. If this mix continues, the energy sector will become the largest emitter of emissions in Indonesia before the end of the decade. Coal, as an energy source with a large contribution to greenhouse gas emissions, needs to be consumed as a short-term mitigation strategy.

On the other hand, the coal sector will also experience commodity price fluctuations in 2022, which are influenced by international market factors and are beyond the control of the state. Indonesia’s reference coal price (HBA) continues to increase from 2021 which was around ~100 USD/ton, reaching its peak in April 2022 at 288 USD/ton. This poses a dilemmatic implication for Indonesia. The state revenue sector from commodity exports experienced a significant increase in line with the increase in coal prices. On the other hand, domestic coal supply was threatened with disruption due to the disparity in domestic selling prices (DMO, which set the highest selling price at 70 USD/ton), thus providing a disincentive for coal companies to supply the domestic market. Although the impact of rising coal prices can be minimized with DMO, this policy also hinders the transition of energy to renewable energy and the decarbonization process because the price of coal energy is “made” cheap and does not reflect the actual situation.

Considering the trend in coal prices that will not change much in the near future, it is important to further examine how the right strategy is to continue to drive the energy transition and decarbonization process in Indonesia.