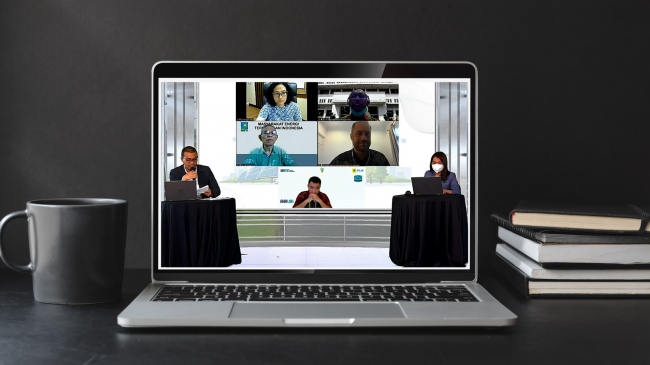 Jakarta, August 26, 2021 – The coal industry in Indonesia has a high enough risk to become one of the stranded assets in the future, both in the upstream and downstream sectors. This was stated by Fabby Tumiwa, Executive Director of IESR in the seminar on Exploring Potential Risks of Coal Exit Towards Economics and Finance in Indonesia. This seminar was organized by IESR in collaboration with Climate Transparency – an international partnership of think tanks in several G20 countries, and with the support of the German Ministry of Foreign Affairs held a two-day online seminar themed “Aligning International Energy Finance toward the Net-Zero Economy” on 25 -26 August 2021.

“Demand for coal energy in Indonesia will increase from 130-140 million tons to 160-170 million tons, but after that there will be a decline in line with the retirement of power plants,” said Fabby.

As one of the largest coal exporting countries in the world, Indonesia received an increase in coal demand to countries such as India and China, which initially ranged from 550 million tons to 625 million tons. But on the other hand these countries are ready to announce their energy transition.

The Indonesian Employers’ Association (APINDO) is aware of the energy transition phenomenon and the shift in financing from fossil energy to renewable energy.

“We recognize that there are several things that have factually happened, for example regarding financing, where many world and national banking institutions have reduced their support or portfolio to the coal-based industry,” said Hendra Sinadia, Energy and Mineral Resources Committee, Indonesian Entrepreneurs Association ( APINDO).

“More than 100 financial institutions have now committed to no longer finance coal, but there is still financial support for the coal sector from the APBN in the form of subsidies for fossil fuels.” said Tiza Mafira, Associate Director, Climate Policy Initiative. Tiza also added that the National Economic Recovery (PEN) is still dominated by the dirty sectors, even though PEN has been promoted as a green economic recovery.

The government needs to immediately mitigate the risk of stranded assets in the coal industry so as to prevent greater economic losses.

“The biggest challenge is our awareness in transforming the economy from low value added to high value added, from value extraction (activities that explore existing resources) to value creation. I believe that there is a legal market mechanism whereby investors will abandon products and stocks that are not pro in reducing GHG emissions,” said Faisal.

The Institute for Essential Services Reform (IESR) through a study of Coal as Stranded Assets: Potential Climate-related Transition Risk and Its Financial Impacts to Indonesia Banking Sector reminded Indonesia to immediately consider and calculate the potential value of stranded assets from the coal industry to prevent greater economic losses. . IESR also recommends, especially for investors and financial institutions to pay attention to these risks so that they are careful in making investment decisions.

The shift in investment towards renewable energy by developed countries will affect the economic and financial sectors in developing countries, such as Indonesia.

“This was also conveyed by the Task Force on Climate-related Financial Disclosures (TCFD). that there are financial risks arising from the adjustment process to a low-carbon economy in terms of policy/law, technology, market, and reputation. One of the financial impacts of the energy transition is stranded assets, where coal sector assets are devalued and even become unusable,” said study author Hadi Prasojo. Coal as Stranded Assets: Potential Climate-related Transition Risk and Its Financial Impacts to Indonesia Banking Sector, Hadi Prasojo.

Semarang, 6 October 2021– With the technical potential of solar energy reaching 193–670 gigawatt peak (GWp), and the potential for generation from solar power plants

Jakarta, 11 October 2021– The energy crisis in Europe is a lesson for many countries, especially Indonesia to maintain their energy security by reducing dependence