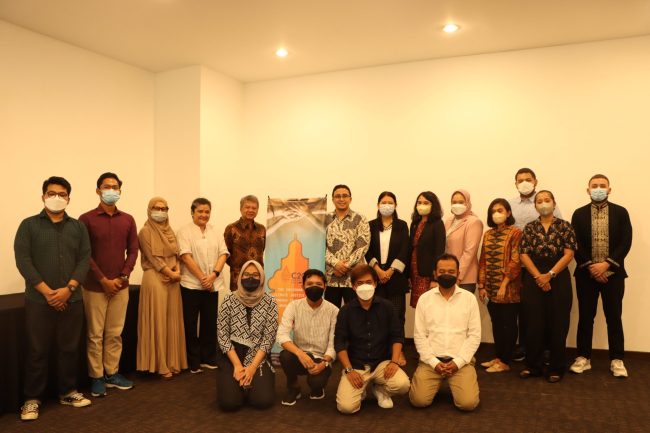 Jakarta, 30 June 2022 – Energy transition is one of the priority issues of Indonesia’s 2022 G20 presidency. This role as the leader of the G20 countries is certainly a strategic momentum for Indonesia to show its commitment to the energy transition. The Paris Agreement in 2015 agreed to limit the earth’s temperature increase to no more than 2 degrees Celsius, even trying to keep it at the level of 1.5 degrees. For this reason, all parties must reduce their emissions from high-emission sectors such as energy and achieve carbon neutral status by the middle of this century.

From the ongoing discussion, all the speakers agreed to put the human aspect as the axis of the energy transition. Vivian Sunwoo Lee, International Coordinator of C20, said that C20 continues to urge the importance of immediately shifting from fossil-based energy systems to renewable energy-based energy systems.

“There are a number of risks, especially from a financial and economic perspective, from fossil energy infrastructure that has the potential to become a stranded asset if we don’t hurry to make the energy transition,” he said. Vivian also highlighted the large fossil energy subsidies that are still being provided by the G20 countries.

“The interdisciplinary approach will shift the paradigm from exploitative-extractive to environmentally friendly-resilient, from a linear economy to a circular economy, and from good governance to proper governance. That way, a balance will undoubtedly be created according to the principles of the planet, people, & prosperity for all,” Yunita explained.

“The growth in energy demand will definitely continue to grow. It is inevitable, so we have to look for various ways to fulfill this energy need, but on the other hand our need to reduce emissions is also achieved. So this carbon economic value instrument is important,” explained Moekti.

Moekti also added that it was important for Indonesia to ensure that the issues pushed in this year’s G20 presidency would still be discussed in the following years. Given the energy transition is a long process and takes years.

The energy transition will completely change the face of Indonesia’s energy sector. Oki Muraza, Policy Manager of the Task Force Energy Sustainability and Climate, B20, explained that the affordability factor should be one of the main considerations in making the energy transition.

“We have to ensure that the affordability factor of energy during this transition process can be maintained. In addition, we also need to pay attention to people who are currently working in the hydrocarbon sector, how they can be trained so they don’t lose their jobs in the energy transition,” explained Oki.

Widhyawan Prawiraatmadja reminded that it is necessary to harmonize perceptions, rules and policies at the ministry level related to energy transition and the achievement of Indonesia’s commitments in the international level such as NDC. This is in addition to accelerating the achievement of national and international targets, as well as to give the same signal to investors.

“If the signals sent to investors are mixed, the perception of investors is that the risk of investing in Indonesia is high, and it is not impossible to make them reconsider investing,” said Widhyawan.