Coal Exports is Declining, It is Time for Energy Transition 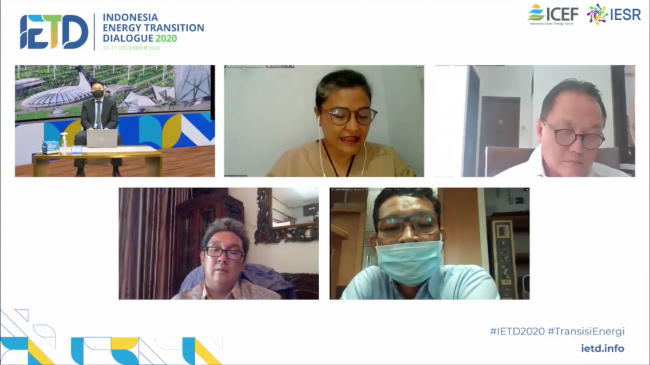 Day 4 Indonesia Energy Transition Dialogue 2020, Energy transition in the power sector and its implications for the coal industry

Jakarta, December 10, 2020 – Indonesia’s coal export destination countries in Asia have begun switching to renewable energy. According to research by the Institute for Essential Services Reform (IESR), the coal industry will suffer losses. Energy transition is the only way to prepare for a decline in exports to Asia.

According to the IESR Data and Information Specialist, Deon Aprinaldo, coal export destination countries such as China and Japan began to commit to zero carbon from 2025 to 2050. This indirectly affected Indonesia’s coal export demand.

“Demand from these countries is declining, while Japan has begun to switch to high-quality coal. If we wanted to compete there, we would compete with the United States, Russia, and Canada,” said Deon.

“Meanwhile, currently 27 GW of coal power plant construction is still in progress. In August 2020, the Director of PLN said that PLTU has installed pollution controls to reduce carbon, but it will increase the operating costs,” said Deon.

Special Staff of Coal and Minerals within Energy and Mineral Resources Ministry, Irwandy Arif, said that 2027 would see the peak of the worldwide decline in coal demand. This is a challenge for the Indonesian government because currently, the government is using coal-derived products to handle the budget deficit from LPG imports.

“Therefore, currently the ESDM ministry is preparing a grand strategy with regard to important renewable energy commodities. Coal’s phaseout is largely determined by renewable energy and the overall policy designed by the government,” said Irwandy.