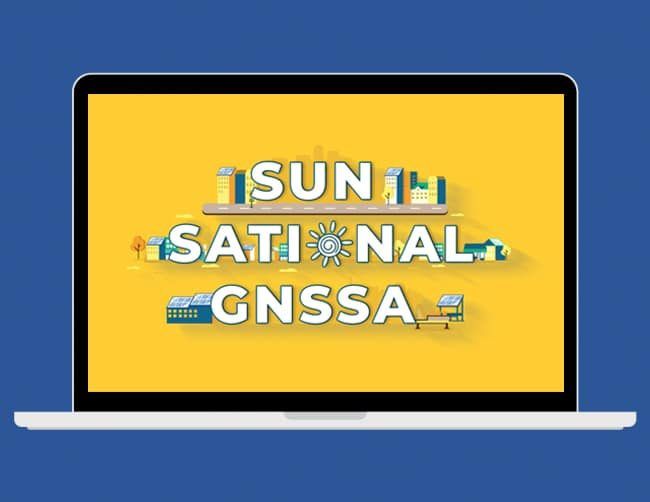 Third-year after the National Movement for One Million Rooftop Solar (GNSSA) launched, declarators, energy observers, and rooftop solar costumers gathered online to celebrate various achievements and review the challenges, and reaffirm our shared commitment to encourage the use of rooftop solar in Indonesia.

Reminiscing, Fabby Tumiwa, Executive Director of the Institute for Essential Services Reforms (IESR) who is also one of the declarators, said that GNSSA’s ideas and targets were initially spontaneous gesture but became very impactful, as it is involved many discussions and initiations from various energy experts in it.

Hence until this year, the target of one million rooftop solar users has not been achieved yet. Still, he appreciates every effort in making it happen, including a total of 11.5 MW of installation with 7.5 MW of total PLN customers, the issuance of Ministerial Regulation (Permen) No. 49 of 2018, and the public’s attractiveness to the rooftop solar increased.

“This spirit must be carry on. I want us to echo this again so that it becomes a movement that brings success, “he said enthusiastically.

In line with the community’s increasing interest or local government to install a rooftop solar in their homes, several challenges have emerged. Tommy, one of the solar PV adopters, revealed, “In Semarang at the end of 2018 when Permen No. 49 just came out, the net meter is still difficult, but thankfully, for now, the net meter in Semarang is very easy and smooth. “

He also said that another obstacle was applying regulations that were not uniform so that the price of rooftop solar products varied greatly. He hopes that someday there will be cost standardization.

Not only that, the investment cost for rooftop solar relatively still expensive. Tommy proposed that the local government through regional banks can offer loan assistance in the same way as credit for motorbikes.

Fabby in his presentation, highlighted a similar challenge.

“There are things that still need to be improved, such as the ecosystem to support the development of rooftop solar power plants,” he said.

He explained that government involvement is critical by providing policy support,  incentives, assisting, providing reliable information, and technical support for those interested in rooftop PV mini-grid and providing a service center to guarantee the products (mini-grid). If this design works, it can absorb around thirty thousand workers in the sector and have great potential in restoring the Indonesian economy. (IESR’s estimation)

Andika Prastawa, Director of the Center for the Study of the Telematics and Electronics Manufacturing Industry (PPIMTE), who is also the Chair of the Indonesian Solar Energy Association (AESI), said that the GNSSA’s big target is not ambitious but encourages all parties to work hard.

He agreed that if the ecosystem were formed, in 2025, solar rooftop growth would be even faster. He calculated that if 200 MW reached per year, around 200 million US dollars would be circulated so that the industry would be more competitive.

“This industry is suitable for assisting economic recovery due to COVID-19 because solar rooftop does not require massive work and does not violate social distancing,” he said.

Jarwanto from the Energy and Mineral Resources (ESDM) Central Java Regional Office said a promising development to adopt this technology in this area.

However, he explained that there were many positive things that the government had managed to anticipate the success of the solar revolution program.

“Starting with the installation of the solar rooftop in the official office, it proves to all that after we have made a declaration, we will boldly issue a regional policy. The response was amazingly good. If there were no coronavirus, the escalation would be higher, potentially around 5.1 MW, “he explained.

Meanwhile, in Bali, MEMR Regional office, Setiawan explained that the local government is still comprehensively reviewing the construction of Solar rooftop in the island because buildings and roofs structure was typical compared to the other big cities in Indonesia. He is also grateful for the central government’s assistance, which has provided 270 KW of solar rooftop facilities in Bali’s 7 iconic locations.

On the other hand, Jakarta’s Government recommendation to adopt the technology has become more robust, as it can reduce air pollution according to Governor Instruction number 66 of 2018.

“If this solar panel is already in the national catalog, then there is no need for the old bureaucracy, users can immediately install it,” he said. Rikki from the Jakarta Manpower and Transmigration Office.

A solar energy activist who has been struggling for 20 years and is also a GNSSA declarator, Jon Raspati considers the achievement of GNSSA is a dream come true. He also invited everyone to be involved in GNSSA not only to enjoy the benefits of the solar rooftop but also to participate in saving the earth from dirty energy.

“Around the world, solar rooftop has become an economic powerhouse. Because it is sustainable energy and not discriminatory so that everyone can use it. We also have a responsibility to this earth, millions of people should care about it, “he said.