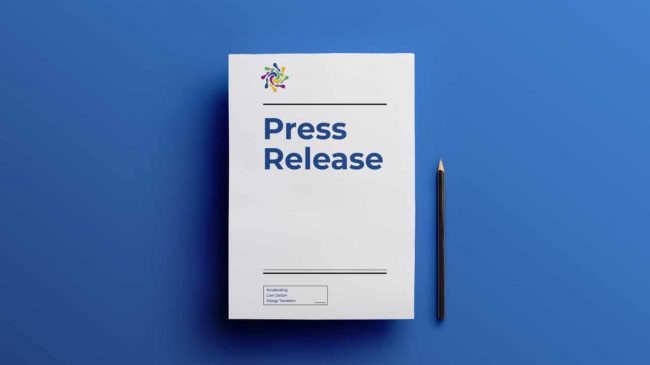 Jakarta, 11 July 2022 – The demand for coal as a long-term energy source is predicted to decrease significantly. This trend is affected by stronger climate commitment from coal-imported countries to shift into renewable energy. Institute for Essential Services Reform (IESR) in its study even said that if the government’s commitment to reducing emissions was following the Paris Agreement to achieve net-zero emission by 2050, then in 2045, coal would no longer be utilized in Indonesia’s energy system. It demands the government’s commitment to preparing the economic transformation and employment for regions whose income is dominated by the coal sector.

Fabby Tumiwa, Executive Director of IESR said that the enhancement of emissions target in Nationally Determined Contribution (NDC) from countries that utilize coal, such as China, Japan, South Korea, United States, Europe Union, South Africa, and other countries, will affect the reduction to fossil energy projects’ funding. Referring to the Paris Agreement, if whole countries adopt a more aggressive coal phase-out, then in 2030, coal production will drop by 20%, 30% in 2040, and 90% in 2050.

He added that coal-produced regions need to be supported with a particular national policy. IESR even recommended this issue should be prioritized and included in forming RPJMN 2024-2029.

Julius Christian, the author of the IESR study titled Redefining Future Jobs: The implication of the coal phase-out to the employment sector and economic transformation in Indonesia’s coal regions urged the central and coal-produced regions in Indonesia to anticipate the possibility of income reduction and employment opportunities for the workers from the coal sector.

“Collaboration between the central and regional government will be an important note in preparing the long-term economic strategy to realize a more diverse economic structure and no longer depend on coal,” Julius explained.

In 2020, there were approximately 250.000 workers who directly worked in the mining sector. These workers, in general, are aged under 50 years old. Therefore they still could be prepared with various types of training to shift to other employment sectors. Besides, the government also needs to prepare the allowance and social safety net to anticipate the rapid decline in coal demand.

“Coal workers are one of the most impacted groups from this coal decline. However, currently, the workers have not realized the risk they will be facing and have not been included in all energy transition discourse,” added Julius.

Ronald Suryadi, a researcher at IESR who is also writing the report Redefining Future Job, also said that economic transformation needs to be addressed for Indonesia’s provinces that its Gross Regional Domestic Product (GRDP) is mainly gained from the coal sector, such as North Kalimantan that produces 48% national coal supply, South Kalimantan (32%), South Sumatra (9%), North Kalimantan (3%), and Central Kalimantan (3%).

“A gradual economic transformation is not only needed to mitigate the resulting impact, but also to achieve an economic structure that can keep up with the current development in the future,” said Ronald.

IESR pushes for an inclusive planning and strategy formulation process by involving the affected groups, especially the workers and the community around mining areas. The purpose is that economic transformation will be carried out sustainably and correspond to people’s needs. For instance, economic transformation in the coal area can be carried out by modernizing the agricultural sector. Besides, the government also needs to strengthen the existing main industries with a high multiplier effect, such as the food and chemical industries. In addition, the preparation to establish an economy that is centralized on services can be implemented by building infrastructure, restoring the environment, and intensifying human resources.

The IESR study ‘Redefining Future Jobs’ can be downloaded at https://s.id/FutureJobs. ***