Not Renewable energy but Communicate that Coal is Intermittent and Expensive 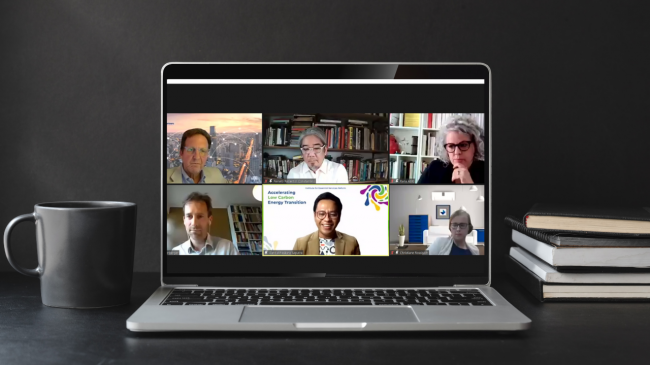 Communication is a powerful instrument that can be used to build public awareness of the transition to energy and renewable energy. As for how to use this tool to reach various groups of people, not only for people whose daily life is involved in the energy world is an interesting topic of discussion in the side event of the Asia Clean Energy Forum 2021 entitled Evidence-based Communications to Propel the Energy Transition which was organized by the Clean Affordable and Secure Energy for Southeast Asia (CASE) project team in collaboration with Asian Development Bank.

Fabby Tumiwa, Executive Director of the Institute for Essential Services Reform (IESR), explained that communications play a significant role in achieving CASE goals. The goals of CASE include building a constructive dialogue with stakeholders from the non-energy sector and creating broader public discussions supporting the acceleration of the energy transition.

Christiane Rossbach, the Business Director, Multilateral, Sustainability, Agri-Food and Health at Edelman and Co-lead CASE Communication Team, in her presentation, emphasized the essentiality of defining energy transition as a crucial mission to targeted audiences.

“What are the communication roles to propel the energy transition forward by making key stakeholders realize the opportunities, in particular decision-makers, non-energy stakeholder, financial, business entities, influencer consumers; those who are more engaged with society and impact of business. More likely to share their opinion with, and like to attend a public meeting, while they are not decision-makers per se, but more influential in shaping the way of business,” she said.

Moreover, she explained, during the pandemic, the consumption of online content doubled, therefore,  it needs to carefully decide which evidence or argument will work best for which audiences. The approach she suggested in delivering the message of the importance of energy transition to raise awareness, drive engagement, and create a conversation is by storytelling.

“Beyond fact and figures, storytelling is powerful. Human brains are hardwired to process and store information in the form of a story. They stimulate our sense emotionally and intellectually; they can put a face on the issue and help us connect with true empathy,” she added.

Talking about the energy transition narrative, Renato Redentor Constantino, Executive Director of the Institute for Climate and Sustainable Cities (ICSC) from the Philippines, shared his views. In his opinion, the narrative that needs to be conveyed by both non-governmental organizations and the government is that the energy transition is underway.

“The landing zone is that clean energy will be dominant, the question is how soon we get there? Can we arrive sooner to bring the benefit of modern and clean, affordable, and secure energy to the table of the inside of the house of a family? Civil Society Organization doesn’t have to monopolize on good intentions here, we need to recognize that governments also share the dream of clean, affordable, and reliable secure energy as their premier objectives,” he said.

In contrast to the Philippines, which has progressed in communicating the narratives, Gandabhaskara Saputra, Outreach, and Engagement Adviser CASE Indonesia revealed that most of the news coverage in Indonesia is still dominated by coal.

“We are still challenging to bring the energy transition conversations towards public engagement and advocacy through the past 5-10 years in a way. While it doesn’t really speak to their daily basis and as long as they have the access to energy,” he stated.

On the other hand, Markus Steigenberger, Deputy Executive Director of Agora Energiewende, sees the need to align research planning with the political agenda.

“The problem that we have been facing many times, once the research is done, and the political agenda has already moved ahead, it’s too late. So whatever you say is interesting to experts but still irrelevant,” he explained.

He said 2 things need to be done, first, strategic anticipation by predicting the political situation in the next two or several years and linking it to relevant research or evidence.

“We have already started thinking about the communication before we actually started the actual research,” he said.

Next, determine an integrated and inclusive methodology by involving stakeholders as early as possible in research.

“We have relevant stakeholders sitting at the table, we share and make data and assumptions transparent, we invite them to share their views and opinions. It helps in terms of creating a sense of belonging,” he explained.

Rana Adib, Executive Secretary of REN21, said that to move a narrative, it is also necessary to look at it from two sides: from renewable energy and also from fossil energy. Citing the latest report released by REN 21, over the past decade, there has been an increase in final energy consumption in renewable energy from only 9 percent to 11 percent. Ironically, the final consumption of fossil energy did not register a significant change, only moving from 80.3 percent to 80.2 percent. This fact asked the strong push from the government and business people to target the use of renewable energy in all sectors immediately.

“We are very far from being on track. RE has shown especially in the power sector that they are able to deliver, technology matured, least-cost options. Today is not enough to say that let’s support renewables, we need to clearly have a message on banning fossil fuels,” she stressed.

Agreed with it, Renato views, communicating a narrative supported by concrete evidence is necessary for the development of renewable energy and the discontinuance of the use of fossil energy.

“The reality that we need to communicate better is that coal is actually intermittent, most of the unreliable, expensive, and insecure fuels,” he concluded.

Jakarta, August 3, 2022– CFPP early retirement needs to be done to achieve emission-free by 2050 according to the Paris Agreement commitments. A study by