Observing the Efforts to Increase Electricity Consumption in Indonesia 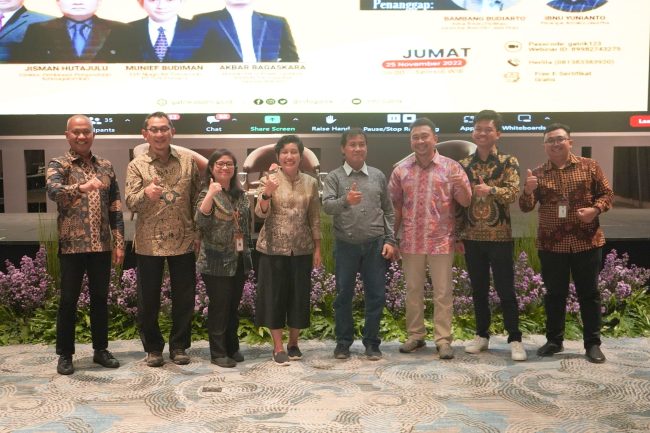 Surabaya, November 25, 2022 – Electrical energy is one of the human needs that integrates into daily needs. Increasing access to electricity through 100 percent electricity ratio also needs to be coupled by providing energy sources that are more environmentally friendly.

Akbar Bagaskara, Electricity System Researcher, Institute for Essential Services Reform (IESR), in a public discussion forum with the theme “Stakeholder Synergy in Efforts to Increase Electrification and Per Capita Electricity Consumption in Indonesia” organized by the Directorate General of Electricity, Ministry of Energy and Mineral Resources, stated that there are five countries in ASEAN that have not achieved a 100% electrification ratio, such as Cambodia, Laos, Myanmar, Indonesia, and the Philippines.

“Based on data from the ASEAN Center of Energy as of 2021, Indonesia has an electrification ratio of 99%, followed by the Philippines at 97%, Laos at  95%, Cambodia at  81%, and Myanmar at 51%. Indonesia and the Philippines have not yet achieved a 100% electrification ratio due to the condition of the archipelagic countries. This condition is a challenge compared to other ASEAN countries, which are mainland, therefore, it is easier to distribute electricity, “explained Akbar.

“The existence of these conditions creates the potential to electrify stoves used by the household sector, replacing LPG,” said Akbar.

In addition, based on data from the Ministry of Energy and Mineral Resources, said Akbar, electrification in the transportation sector still tends to be low, around only 1%. According to him, the Indonesian Government’s program to promote electric cars is crucial to increasing the adoption of electric vehicles.

“Full utilization of electrification potential will create opportunities to increase electricity consumption in the transportation and household sectors,” said Akbar.

Head of the Electricity Sector at the East Java ESDM Office, Waziruddin, stated that based on an electrification ratio of 99.32% in the third quarter of 2022, there are households that have not had electricity connections. This can also be seen from the number of low-income families (RTM) in East Java that do not have electricity, around 126,708. However, his party has budgeted around IDR 12 billion in house installation grants in 2023 and various other assistance to provide access to electricity for these households. In addition, Waziruddin  stated that the East Java Provincial Government continues to push for an energy transition policy to increase energy security.

Edy Pratiknyo, Sub-Coordinator of Business Commercial Relations Facilitation, Ministry of Energy and Mineral Resources, stated that the Directorate General of Electricity is pushing for an accelerated increase in electricity consumption.

“With the program to increase electricity consumption, the government is pushing through accelerating permits for charging infrastructure for Battery-Based Electric Motorized Vehicles (KBLBB),” Edy concluded.