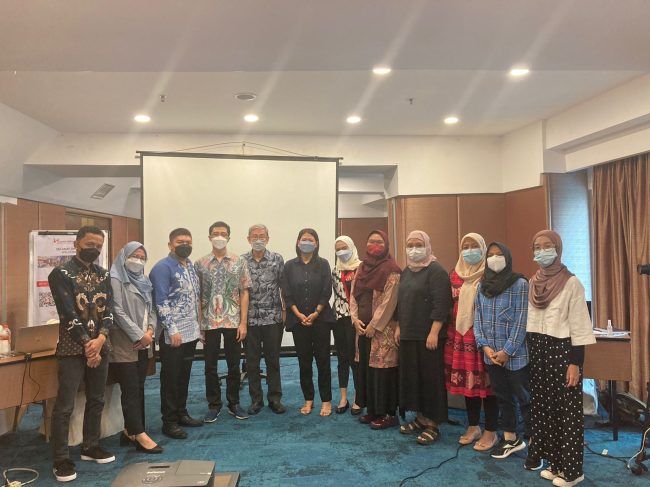 Jakarta, July 6, 2022 – The global commitment to reduce the use of fossil energy, as well as the increasing climate ambitions of coal-using countries such as China, Japan, South Korea, the United States, the European Union and South Africa have caused global coal demand to fall significantly.

As one of the largest coal exporting countries in the world, Indonesia needs to pay close attention to this. Coal contributes a lot to national non-tax revenues (PNBP), for coal-producing regions, the role of coal commodities for regional income can be very large.

The Institute for Essential Services Reform (IESR) tries to see the implications of the policy of eliminating coal use and the global and domestic climate on the Indonesian economy, especially for workers in the sector through the study “Redefining Future Jobs: Implication of Coal Phase-Out to the Employment Sector and Economic Transformation in Indonesia’s Coal Region”.

This study also aims to see opportunities for economic transformation in coal-dependent areas and provide better welfare for workers. Julius Christian, the author of this study, explained that data from the Ministry of Energy and Mineral Resources showed that in 2020 there were 167,380 workers in the coal mining sector. Demographically, these workers are on average under 40 years old, so they will still be of productive age in the next 10 years.

“In terms of the workforce, because most of them are young, there is an opportunity to conduct training in preparation for entering other industries,” said Julius.

Preparing for economic transformation after the coal economy era is full of challenges but must be done. This is to anticipate the demand for coal which could drop more drastically. Fabby Tumiwa, Executive Director of IESR stated that if the countries of the world had more ambitious climate action to pursue the Paris agreement targets, there would be a 20% reduction in coal demand by 2030, 60% by 2040 and 90% by 2050.

“This decline in production must also be anticipated because it will definitely affect the absorption of labor in the coal sector,” Fabby reminded.

Hendra Sinadia, Executive Director of APBI ICMA (Indonesian Coal Miners Association), also added that to target workers who are potentially affected, it is necessary to map coal reserves by company.

“So that the transformation process is effective and efficient, we can map the reserves for each company so that we can see how long their operating life will be. For small companies, maybe in 2030-2040 their operational period will be finished so it can be prioritized for their workers to receive training,” explained Hendra who was present virtually at the focused group discussion launching the study “Redefining the Future Job”.