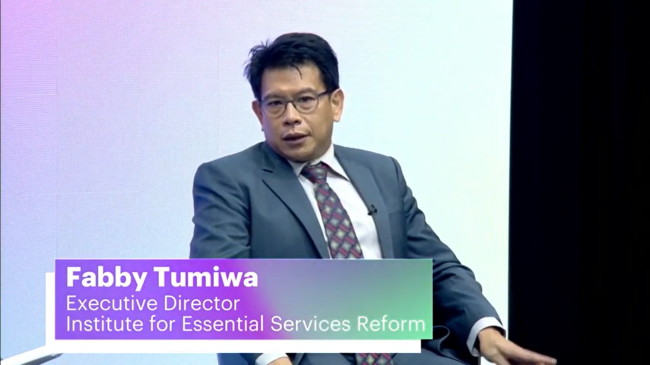 Throughout 2021, responding to the global demand for climate action to align with the Paris Agreement, Indonesia has updated several documents such as the NDC which targets carbon neutrality by 2060 or earlier and released the ‘green’ RUPTL which is claimed to provide more space for renewable energy. Recently, Indonesia stated that assessment about the opportunity to retire coal-fired power plants early will be conducted. Although it is not yet ambitious to comply with the Paris Agreement targets, Indonesia’s decision should be appreciated and its implementation carefully looked after.

Indonesian Minister of Energy and Mineral Resources, Arifin Tasrif, at the COP-26 Climate Change Summit, signed the Global Coal to Clean Power Statement declaration. The Minister of Energy and Mineral Resources approved 3 of the 4 points of the declaration, i.e (1) encouraging the development of renewable energy & energy efficiency; (2) Phasing-out coal in the 2040s; and (3) strengthening domestic and international efforts to support a just energy transition.

Arifin explained that Indonesia is currently conducting a simulation to retire PLTU of 9.2 GW before 2030. A total of 3.7 GW of the 9.2 GW of power plants will retire early and be replaced with renewable energy power plants. This progressive plan demands a comprehensive roadmap for the coal transition. 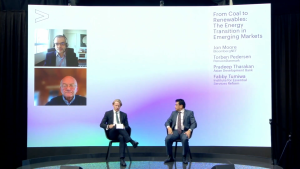 Met separately, Fabby Tumiwa, Executive Director of IESR emphasized that the transition to leaving coal in Indonesia needs to be carefully prepared.

According to him, a comprehensive coal transition roadmap needs to be prepared to ensure that the transition that occurs is a transition that takes into account the needs of all parties involved and affected by the abandonment of coal for energy supply, and ensures that everyone has access to reliable and affordable energy.

In the event “From Coal to Renewables: the Energy Transition in Emerging Markets” organized by Accenture in the COP-26 series in Glasgow, Fabby Tumiwa explained, as one of the largest coal producers in the world, 60% of Indonesia’s coal is destined for export. Another important thing to note is that 85% of Indonesia’s coal production is only concentrated in 4 provinces.

“Coal’s role in Indonesia is not only as income for the state, but also as basic income for coal-producing provinces. When there is a transition, and coal will slowly be abandoned, these areas need to be considered because otherwise they will be in danger of collapsing,” explained Fabby.

As a country that relies heavily on fossil energy and with a fairly complex situation, the government’s openness to decarbonization by 2060 or earlier is seen as a step forward and achievable by Fabby Tumiwa.

“86% of electricity in Indonesia is generated by coal-fired power plants. Making the transition to renewable energy in this situation is certainly not easy. But that doesn’t mean it’s impossible,” said Fabby.

Gorontalo, 26 November 2021- The potential for renewable energy is evenly distributed in all provinces in Indonesia, including in Gorontalo Province. This potential can be