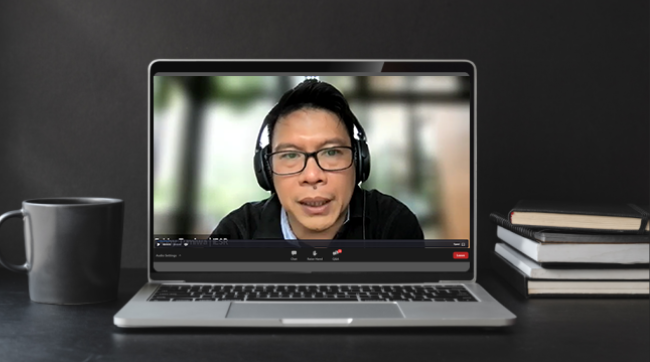 In recent years, the government has been aggressively encouraging the use of biofuel as one of the main alternatives to fuel oil. However, many constraints and impacts on the economic, social, and environmental side arise in this biofuel use program.

The world’s biggest palm oil producer, and exporter, Indonesia, will push ahead with its ambitious biodiesel program even as prices of tropical oil have soared, which could increase the costs of producing biofuel. The B30 program stipulates fossil fuels must be blended with 30% palm oil. The mandate is aimed at soaking up bulging supplies in the top grower. But palm’s premium over gasoil has ballooned to record levels, driven by Russia’s invasion of Ukraine that has tightened global cooking oil supplies.

“We haven’t discussed the evaluated B30 program because it is still running as planned,” Fabby Tumiwa, Executive Director of the Institute for Essential Services Reform (IESR) said. However, he said that the government could monitor crude palm oil and petroleum prices closely and will prepare options to anticipate any development without elaborating on those plans.

He continued that the problem arises because there are B40 mandates that have been postponed many times, rumors of the B40 loans, and others are skeptical if it is possible to launch B40 mandates in the current situation. But the biofuel strategy must go on because it’s also part of Indonesia energy’s strategy.

Indonesia’s efforts to increase the palm content in biofuel to 40% by 2021 were put on hold due to cheaper fuel costs and record-high palm prices. In addition, raising the blending rate would require the government to provide a significant incentive through the money it collects from palm oil export levies. As a result, road tests for vehicles powered by 40% palm biofuel may be delayed, but discussions on B40 are ongoing.

“Indonesia has several issues in launching the B40 because of the pandemic era. First, in 2020, the oil demands declined. As a result, CPO is lowered, significantly affecting the financial crisis. In 2021, there was uncertainty about the price, and the government didn’t want to give subsidies. The second problem is infrastructure. For example, part of the strategy for increasing biofuel is a refinery prepared by Pertamina in Balongan Refinery, and it’s still in development. But if these problems are solved, all the essential elements of starting the B40 this year make sense,” Fabby said.

The B40 plan was delayed again on high CPO prices, but Indonesia is optimistic about the year 2023 being implemented

Doubts have emerged over Indonesia’s plan to roll out B40-type biofuel this early year as the high price of CPO renders such fuel uneconomical. As a result, the Energy and Mineral Resources Ministry has announced a delay in implementing a mandatory 40 percent palm oil-based biodiesel (B40) policy to “prioritize stability” amid rising CPO prices.

Based on The Jakarta Post’s1 articles on March 29, 2022, Energy Minister Arifin Tasrif said that the government would continue its B30 policy – of 30% palm oil-based biodiesel – in 2022 and devise solutions to maintain the price gap between CPO and biofuel prices. He said that technically B40 is ready to be implemented and is still reviewing whether they’re prepared to produce more CPO.

“As we know that the B40 program was slated for implementation in July 2021 following the success of the B30 program in 2019, but it was delayed by a year as high CPO prices had made the fuel uneconomical and because of the pandemic condition, but the government had planned to conduct the B40 trial on this year and we optimistic it will be implemented on 2023,” stated Fabby.

Fabby said the government was still committed to escalating the biofuel policy and developing the development plan. As of 28 March 2022, CPO prices had risen 27.5% Year To Date (YTD). The government hopes that increasing the proportion of processed CPO in biofuel would help limit petroleum imports. Indonesia has long been one of the world’s largest crude oil and gasoline fuel importers.

In 2021, the B30 program reduced greenhouse gas emissions by an estimated 25 million tons, and the government studied the technological, economic, regulatory, and supporting industry aspects of implementing B40. Fabby suggested that the government begin implementing the mandatory B40 policy in 2023.

The Future of Biofuel Strategy

The use of biofuel continues to be increased by optimizing the production of domestic biofuels (BBN). With this policy, it is hoped that by 2027 Indonesia will no longer import fuel to save foreign exchange and improve the welfare of oil palm farmers through the mandatory biofuel program.

The Ministry of Energy and Mineral Resources (ESDM) stated that the implementation of biofuel has been successful for 15 years. However, even in biofuel with a blending rate of 30 percent, some time ago, bioavtur was tested on flights from Bandung to Jakarta and vice versa. It turns out that the results are entirely satisfactory, so it can continue to be improved.

Biofuel would act as the main substitute for petroleum fuel, especially in the transportation sector. However, based on IESR’s study, the future potential of biofuel is highly uncertain due to the rapid development of alternative technologies, especially electric vehicles. The government needs to be prudent in developing the long-term plan for biofuel and putting it under the broader energy transition plan. Increasing the biofuel mandate too aggressively could risk the infrastructure becoming stranded assets.

The energy strategy tried to integrate biofuel planning with electric vehicle adoption and petroleum refinery development. In addition, to reduce the risk of stranded assets, investment in biofuel could be directed to retrofitting existing plants for co-processing or developing biofuel refineries that are more flexible in product portfolio and transformable to other products.