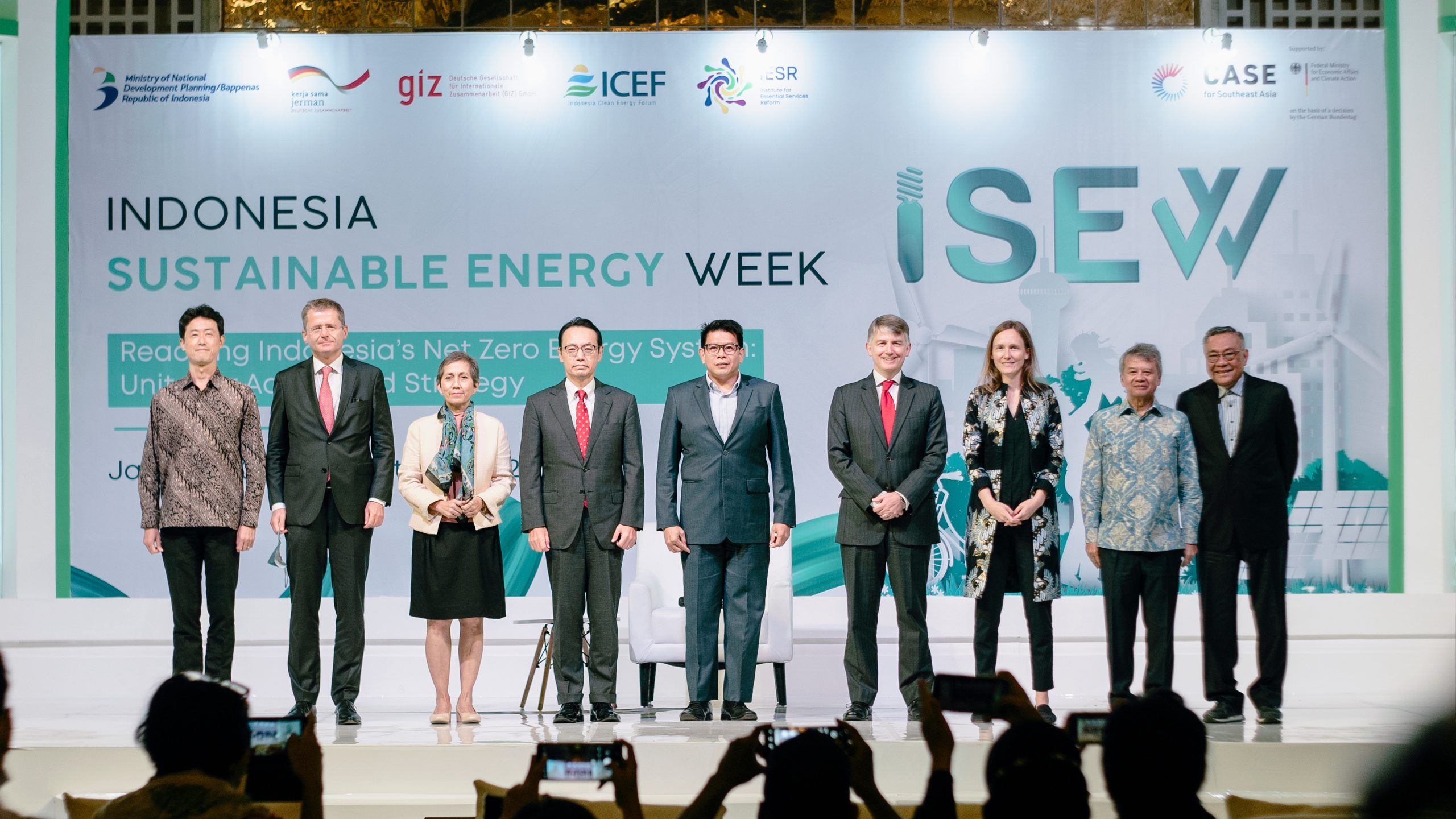 Jakarta, 09 October 2022 – The government of Indonesia needs a strong commitment to implementing energy transition through strong political and policy support. It supports global efforts to keep the global average temperature rise below 1.5 C, achieve energy security, and focus investment on sustainable development, such as renewable energy development. In addition, the involvement and participation of all Indonesian people are crucial in the energy transition process. Unity of action and strategy in the energy transition is a discussion that will be explored further at Indonesia Sustainable Energy Week (ISEW) 2022.

“This event will create a common understanding, provide understanding, especially regarding the efforts that need to be done in pursuing the Net Zero Emissions (NZE) target by 2060 or sooner,” said Rachmat Mardiana, Director of Electricity, Telecommunications and Informatics, Ministry of National Development Planning/Bappenas in media briefing and virtual launch of ISEW 2022.

Rachmat added that the Indonesian government hopes to escape the middle-income trap and become a developed country before Indonesia’s 100th anniversary in 2045. He emphasized that internalizing energy transition efforts in preparing long-term development plans is more important.

“The point is, Indonesia’s economy is expected to grow more than 6%, and the role of the eastern part of Indonesia needs to be increased to 25% so that economic growth outside Java will dominate,” said Yusuf.

Furthermore, he emphasized that the outer Java region’s economic growth could align with the energy transition process in eastern Indonesia.

“The key in policies and regulations and proper planning to encourage low-carbon technologies to replace energy supplies of which 87%, according to government data, comes from fossil energy,” explained Fabby.

The Government of Indonesia’s commitment to the energy transition is demonstrated by the issuance of Presidential Regulation (Perpres) No 112/2022 concerning the Acceleration of Renewable Energy Development for the Provision of Electricity. This Presidential Regulation regulates the setting of tariffs for renewable energy, which has the potential to revitalize the renewable energy investment climate in Indonesia. Not only that, but this Presidential Decree also provides a mandate for the Ministry of Energy and Mineral Resources to prepare a roadmap for accelerating the termination of the PLTU operational period.

“Regarding the energy transition, the Minister of Energy and Mineral Resources compiled a roadmap to accelerate the termination of the PLTU operational period after coordinating with the Minister of Finance and the Minister of SOEs. Follow-up actions that it will carry out include consolidating and aligning perceptions with PLN and the relevant Ministries contained in this Presidential Regulation,” explained Andriah Feby Misna, Director of Various New Renewable Energy, Ministry of Energy and Mineral Resources.

Fabby added that to achieve Net Zero Emissions by the 2060 Scenario (NZE), new and renewable energy generation will be driven by 786.2 GW, with 60.2 GW coming from battery power.

The energy transition to renewable energy will have a social, economic, and environmental impact on the people of Indonesia. Indonesia, as a country that exports 75% of its coal production, the Indonesian economy will contract significantly if there is a decline in demand. We can see the strengthening climate commitment of Indonesia’s coal export destination countries such as China, India, Japan, and South Korea. Economically, constructing renewable energy plants is predicted to be cheaper than building a new PLTU in 2023 and more affordable than operating an existing PLTU in 2030. A production decline will have a negative impact based on an IESR study entitled Redefining Future Jobs. Employment along the coal value chain from production, processing, transportation, and end-use.

Widhyawan Prawiraatmadja, an Indonesia Clean Energy Forum (ICEF) member, emphasized that the energy transition must be carried out fairly. Anticipating the impacts, especially in the affected sectors, such as the coal industry, needs to be done.

“Workers, especially in sectors undergoing adjustment, such as in the coal sector, need to be prepared for their capacity and capability to switch to clean energy,” he explained.

Widhyawan said that energy transition needs to be ensured with the support of incentives from the government. Furthermore, he also encourages public awareness and contribution to energy efficiency, which is still far behind developed countries.

ISEW was held in collaboration with the Indonesia Clean Energy Forum (ICEF), the Institute for Essential Services Reform (IESR), and Clean, Affordable, Secure Energy for Southeast Asia (CASE). CASE is a cooperation program between two countries: Indonesia – Germany (Directorate of Electricity, Telecommunications and Information Technology, Ministry of National Development Planning/Bappenas, and funded by the Ministry of Economy and Climate Action of the German Federation Government). Previously, it routinely held discourse on energy transition in Indonesia at the Indonesia Energy Transition Dialogue (IETD), which this year participated in ISEW 2022. First maintained in 2022, ISEW will last five days from 10-14 October 2022 with the theme Reaching Indonesia’s Net Zero Energy System: Unite for Action and Strategy. All levels of society can participate in this activity free at isew.live.***