The Aspirations of the Communities for the NERE Bill 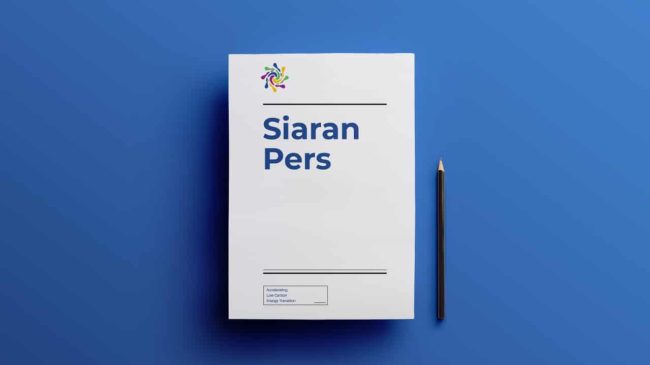 Jakarta, 19 May 2022 – Decarbonization of the energy sector as one of the largest emitters in Indonesia needs to be carried out to achieve the net-zero target in 2060 or sooner. Thus, Indonesia should prepare supporting policies for development of renewable energy. However, based on the draft of the New Energy and Renewable Energy Bill (NERE) has entered the harmonization stage in the Indonesian House of Representatives, various organizations representing certain community groups view that the draft NERE bill deviates from its goal of encouraging the sustainable use of renewable energy.

IESR highlights the ambiguity of the NERE bill that mixes fossil, nuclear and renewable energy in one bill. According to IESR, the new energy resource, such as a downstream product of coal and nuclear power plants, will increase the potential for stranded assets and will not significantly reduce greenhouse gas (GHG) emissions.

“This bill is heavily influenced by the interests of the status quo, the coal and nuclear industries, which sneak in using the new energy definition. The implication is making this bill blurred on developing renewable energy that strongly needs political encouragement and regulatory framework to develop it quickly, supporting the goal of the energy transition,” said Fabby Tumiwa, Executive Director of IESR.

“Instead, the NERE bill that claims to support renewable energy blatantly obscures a possible renewable energy future for Indonesia by making way for fossil and other harmful energy to be associated as renewable energy. This can be an unclear signal for the international community that wants to support Indonesia in solidarity with its transition. There is still an opportunity for change, and the government must take bold steps to change it,” said Ahmad.

The co-founder of the Adidaya Initiative, Aji Said Iqbal Fajri, conveyed three main points of pressure for Commission VII of the DPR RI.

“We request that Commission VII of the House of Representatives of the Republic of Indonesia (DPR-RI) remove all forms of non-renewable energy as a new energy source in the NERE bill. Second, Commission VII of the DPR-RI and related stakeholders regulate incentives for  renewable energy to achieve the new and renewable energy mix target of 23% by 2025 as stated in the General National Energy Plan (RUEN). Third, Commission VII of the DPR-RI and related stakeholders to consider scientific suggestions and aspirations of the community from various groups in preparing the NERE bill as an effort to increase economic growth while increasing decarbonization efforts in the energy sector to achieve economic and environmental justice in Indonesia.”

Furthermore, the Executive Director of the Masyarakat Energi Terbarukan Indonesia (METI), Paul Butarbutar said that the NERE bill should be the legal basis for maximizing investment in the renewable energy  sector.

“This bill should focus on renewable energy, therefore, it can be a strong legal basis, which provides legal certainty to maximize investment in renewable energy, as part of the energy transition to achieve net-zero emissions as soon as possible. Thus, all articles related to new energy, terms that are not known internationally, can be abolished,” explained Paul.

Meanwhile, he also added that if the government and the nuclear power plant industry intend to encourage the use of nuclear energy, the government should prioritize the revision of Law 10 of 1997 on Nuclear Energy. If it is related to the energy transition, they can revise Law No. 30 of 2007.

“If the government wants to encourage the use of nuclear power for a generation, the government should prioritize the revision of Law 10 of 1997, so that it can be used as a strong legal basis for nuclear power plant investment. Moreover, the utilization of nuclear power plants based on the government’s roadmap is still long to be realized, so the government has sufficient time to revise Law 10 of 1997. There is no urgency to include nuclear energy in this bill. Regarding the energy transition, it is not proper to include it in this bill. What needs to be done is to revise Law 30 of 2007 to accommodate issues of the energy transition, net-zero emission, NDC, and the Paris Agreement in the energy sector,” explained Paul.

“NPP requires an exclusive zone that is a huge area. So, it has the potential to take up large areas such as large coastal areas. It can displace farmers’ land and limit fishermen’s access to the sea. It has been seen from some large coal-fired power plant constructions on the north coast of Java, which has displaced farmers’ land and hampered fishermen’s access to the sea, as well as changing fishing areas. In addition, the risk of a nuclear power plant accident is not zero. Reactor accidents can result in radiation leaks that impact the land, water, and sea. In Fukushima, radioactive wastewater from the Fukushima nuclear power plant is dumped into the sea and makes people afraid to eat fish,” explained Harmanto.

On the other hand, the Komisi Perempuan Indonesia (KPI), Mike Verawati Tangka asked the DPR RI to pay more attention to the voice and position of women in energy policy making. The principles of equality and social inclusion must be the perspective of energy governance from upstream to downstream in energy policies that are being prepared by the parliament and government. The article on community participation in the NERE bill must ensure that all elements of society, such as women and other marginalized groups can be fully involved in access to sustainable clean energy by ensuring gender-based representation. This needs to be done because women and other marginalized groups are still positioned as limited energy consumers so that when the energy crisis occurs they face more severe consequences.

“Gender mainstreaming is not only limited to mentioning terms in energy policy but must be operationalized within the framework of its implementation. Such as incorporating specific gender goals into the design of energy sector development and empowering and involving women and marginalized groups through consultation, participation, and decision making. Then develop a gender-specific strategy to maximize benefits for women and the poor in overcoming the impacts of new and renewable energy development,” said Mike.

Agreeing with the aspirations conveyed, Sonny Keraf, an academician from Atma Jaya Catholic University, added that the NERE bill is a ‘poco-poco dance’ which is a step forward and a step backward, because they are hijacked and imprisoned by dirty fossil traders to preserve their at the expense of humanity’s common interest in saving the earth’s crisis.

“There are too many negative impacts if we stick with the ‘poco-poco dance’. The credibility of the government’s global diplomacy of climate change negotiations could be eroded. Exports of domestic industrial products can be interfered with by the provisions of emission standards in the entire production chain and supply chain of our products. Our commitment to climate change mitigation has been hampered,” he said.***