Indonesia’s Ahok bags top job at state energy giant Pertamina – is a return to politics next? 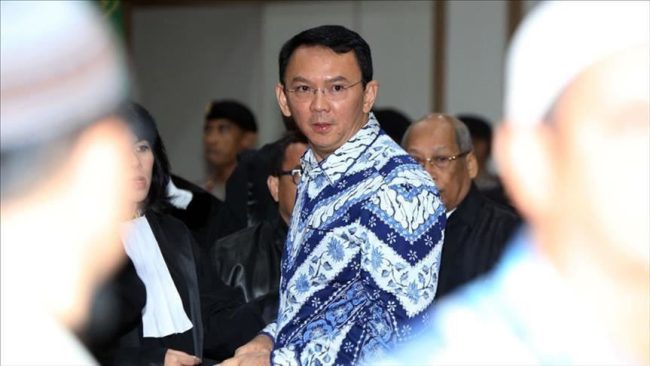 The Christian and ethnic Chinese politician, who was released in January after serving a controversial two-year term behind bars for insulting Islam, was officially awarded the position on Friday following days of rumour among Indonesia’s political elite.

The appointment was met with mixed reaction among economists and analysts in Jakarta. Some praised the move, saying it would help weed out corruption at Pertamina, which as of March had assets worth at least US$65 billion.

“I think if Ahok is going to fit into a state-owned enterprise, he is going to be the top man, since I can’t see him working well with someone over him,” said Keith Loveard, an analyst at Concord Consulting. “[But it might be] difficult at one of the really big firms like Pertamina where a degree of industry knowledge is helpful.

“He has experience in managing a large organisation and has demonstrated his capacity for searching out inefficiency and corruption. As long as he doesn’t get too opinionated – and we all know he has a habit of speaking out a lot – he is going to be a credit to the organisation.”

Ahok was first floated as a likely pick for the position earlier this month, and since then Indonesian media have responded positively.

Indonesian President Joko Widodo, himself a former governor of Jakarta until he handed the position to Ahok in 2014, has recently praised his record. “We know [the quality] of his work,” he said last Saturday, referring to Ahok’s performance as vice-governor between 2012 and 2014.

Ahok became the head of the capital by default in October 2014 when Widodo became president, and he served until 2017, building a reputation as a straight talker who was keen to cut red tape.

Gunarto Myrdal, an economist at Bank Maybank Indonesia in Jakarta, said Ahok had shown professionalism and integrity in the past, and was qualified for the position.

“A key figure like him would be fit to be a leader or executive at a strategic enterprise such as Pertamina or [electricity provider] Perusahaan Listrik Negara,” he said.

Ahok’s blasphemy conviction was the result of a comment he made while campaigning for re-election as Jakarta governor. He did not appeal against the sentence and opted to serve the term at a prison in Depok just outside the capital. He subsequently lost the election.

Born in Manggar in East Belitung island, he is a member of the Indonesian Democratic Party of Struggle (PDI), which is Widodo’s political vehicle and the party with the most seats in the Indonesian legislature. The organisation is chaired by Megawati Sukarnoputri, daughter of late president Sukarno.

Ahok’s return to public life has sparked talk in recent days of a possible political comeback, but Loveard poured cold water on that idea.

“No, I don’t think that will happen. There has been a degree of protest even over a job for him in a state-owned enterprise, and I don’t believe any political party would want to take the risk of stirring up the hornets’ nest once more.”

Mohamad Qodari, an analyst and executive director of political consulting firm Indo Barometer, said Ahok’s political future had been terminated as he was now perceived in a negative light by many Indonesians, especially Muslims.

“I don’t see Ahok having a chance of returning to the political arena if you define political life as running for mayor or regent, for example. His name is now negative to the public due to his straight-talking behaviour.”

Fabby Tumiwa, executive director of the Institute for Essential Service Reform, said Ahok’s appointment raised concerns about the lack of clear procedures and criteria for talent scouting at state enterprises, especially at the policy decision level.

“I have not seen President Widodo announce anything on the criteria for picking executives,” Fabby said.

Rini Soemarno, the former cabinet minister previously in charge of state enterprises, had failed to implement proper mechanisms for hiring and firing, Fabby added, and executives at Pertamina had been appointed in a process seen as fishy. “Not to mention that state enterprises have been cash cows for political elites and bureaucrats,” he said.

Corporate organisational structure in Indonesia differs from that in many other countries. Indonesian firms have a board of commissioners chaired by a president commissioner. The board supervises management policies and advises the company’s board of directors, which is responsible for daily management and operations. The CEO, referred to as the president director in Indonesia, chairs the board of directors.

Erick Thohir, who took over as the minister for state enterprises this month, did not respond to requests for comment. Neither did his two vice-ministers, Budi Gunadi Sadikin and Kartika Wirjoatmodjo.