Are coal power plants the best option to provide electricity? A Climate perspective 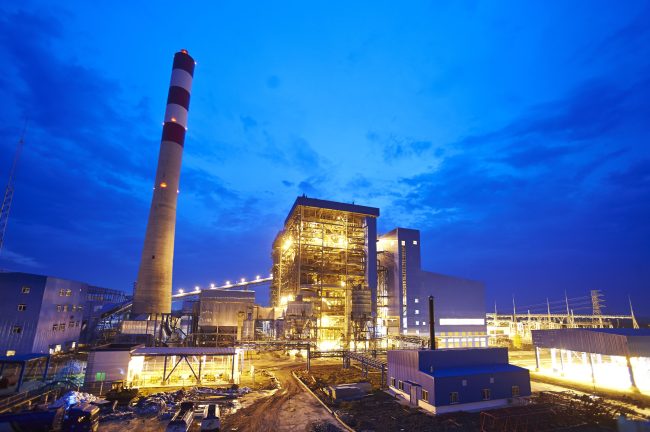 The Government of Indonesia will stay committed to the implementation of the Paris Agreement. At least, it is the message that the Indonesian delegate wishes to communicate in the UNFCCC-COP25 in Madrid last December. Despite the critics that the COP 25 is not successful because the world has failed to come to an agreement, especially in article 6 of the Paris Agreement, Indonesia’s vice minister is positive that Indonesia as a country has gained success in the negotiation. One of the evidence he later provided is that Indonesia is among the countries that promote renewable energy as a key mitigation activity in the energy sector to fulfill the NDC[1].

But how does Indonesia contribute to the climate mitigation goal, especially in the energy sector? With the ratification of the Paris Agreement through Law no. 16/2016, Indonesia is committed to limit global warming below 20C. However, is our commitment explained in the Nationally Determined Contribution (NDC) target enough? Let us have a closer look at this document.

The latest report from Intergovernmental Panel on Climate Change (IPCC)[2] states that the commitment to limit global warming below 1.50C means that the world should see a greenhouse gas (GHG) emission peak before 2030 and achieve the net-zero emission by 2050. Indonesia NDC targeted a 29% reduction of GHG emission by 2030 against Business as Usual (BAU) scenario and an additional 12% if there is international support toward mitigation efforts. In numbers, these targets are actually translated into an increase of total GHG emission from 1334 Mton CO2e in 2010 into 2034 and 1784 Mton CO2e in 2030 (without and with international support respectively). The energy sector contributes to 67-71% of the total GHG emission in 2030. Compared to its 2010 level, the energy sector emission grows by three times even if Indonesia achieved its NDC. The power sector shares the highest GHG emission in the energy sector, and the coal power plant is the source of 70% of the power sector GHG emission[3].

So what is (are) the policy (policies) that can help Indonesia to meet climate goals in the power sector? By using a specific emission factor from IEA, we could estimate a GHG emission from the coal power plant. Using combination of phase-out policy, moratoria on new coal power plant, and efficiency improvement in our model, we found that a combination of moratoria on new coal plant and phase-out strategy (based on 20 years lifetime of coal power plant) are the policy options that could bring Indonesia back on track in achieving the 1.5 C climate target. Consequences of these policies are that PLN has to shut down their oldest coal power plant (Suralaya 1-4 & Paiton 1-2) by 2020. By 2030, PLN has to phase-out 30% of its current capacity while only allowing coal power plant that is currently under construction and has received PPA contract to be built, and by 2048 all coal power plant should not operate anymore[5].

Following through with this policy scenario will require multi-sectoral consideration. In the power sector, the government will have to build a strategy on integrating more renewable energy sources and mitigating economic losses in the coal power plant. It is a major task, as the current power system structure, and the market might not be able to support a quick transition. As a vertically integrated utility and a single off-taker of electricity, PLN would probably bear the majority of the losses. A moratorium on new coal plant would be necessary to cut the possible losses for PLN in the future.

On the national level, Indonesia would also have to diversify its economies so as not to rely on coal export to balance the trade deficit. The government should identify key potential industry/sector to be developed in the near futures, which could replace the possibly declining coal export revenue. It is a significant task for the government and Indonesia to pave a way that could minimize adverse impacts from such a plan. Ultimately, the decision will be in the hand of the government and has to be made soon.