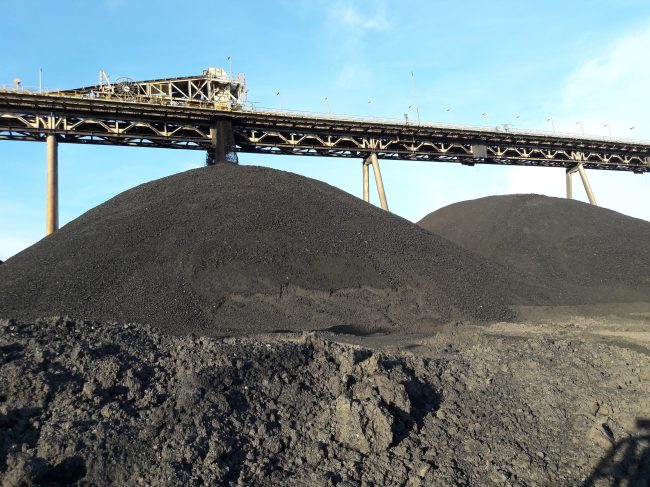 JAKARTA — Indonesia must stop building new coal-fired power plants by 2020 if it wants to do its part to cap global warming under the targets of the Paris climate agreement, new analysis shows.

The country is one of the few still actively planning and constructing new plants, putting it on a trajectory to miss its climate commitments, aimed at limiting global warming to 1.5 degrees Celsius (2.7 degrees Fahrenheit) above pre-industrial levels and achieving net-zero greenhouse gas emissions by 2050.

In an analysis of four scenarios, carried out by the Institute for Essential Services Reform (IESR), a Jakarta-based think tank, only one would see Indonesia contribute to those goals — and it starts with scrapping the dozens of coal-fired power plants being built or planned.

Achieving that goal, the IESR says, “would require that there are fewer coal plants installed capacity in Indonesia,” including “no more coal plants … built after 2020.”

“The 1.5 [degree] scenario would even need 2 gigawatts less of coal plant installed capacity from current existing capacity by 2020, meaning coal plant phase-out should happen this year,” it adds.

That scenario sees burning of coal phased out altogether by 2048 and the country’s total emissions peak by 2028 at 274 million tons of carbon dioxide equivalent (CO2e) before declining to zero by 2048.

The other scenarios are less ambitious in scope, such as retiring coal plants older than 30 years, and improving the efficiency of existing plants. But these scenarios would mean Indonesia falling short of its climate commitments and contributing to a global temperature rise of 2 to 3 degrees Celsius (3.6 to 5.4 degrees Fahrenheit).

And even then, said IESR executive director Fabby Tumiwa, “we still won’t reach net-zero emissions” by 2050.

A landmark report by the Intergovernmental Panel on Climate Change (IPCC) last year warned that the world had until 2030 to cap global warming at 1.5 degrees Celsius to avoid catastrophic climate change impacts. In practice, this means global greenhouse gas emissions will have to drop by half over the next 10 years and reach net-zero around mid-century.

Much of Indonesia’s emissions to date have come from deforestation and land use change, particularly the burning of carbon-rich peatlands to make way for plantations of oil palm, pulpwood, and rubber. But under the current administration’s ambitious energy push, emissions from electricity generation are poised to dominate.

The country’s energy consumption growth is among the fastest in the world, and the government is relying mostly on coal-fired plants to feed that demand. In 2018, coal accounted for 60 percent of Indonesia’s energy mix.

Under the government’s latest electricity procurement plan, the installed capacity of coal plants in the country is expected to nearly double over the next decade from the current 28 gigawatts. Thirty-nine coal-fired power plants are currently under construction, and 68 have been announced, which will maintain coal’s dominance of the energy mix at nearly 55 percent by 2025.

Of six new power plants expected to go online this year, three are fired by coal. (The other three are small-capacity facilities powered by natural gas, hydro and solar, respectively.)

This trajectory risks trapping Indonesia in a high-carbon economy, says the IESR’s Fabby, because once a coal plant is built, it can remain in operation for up to 50 years.

“If we build fossil fuel infrastructure today, the emissions for the next half a century will be locked,” he said. “It’s estimated that our emissions from power plants will be at 700 to 800 million tons of CO2 in 2030.”

Indonesia’s coal plant building spree makes the country an outlier in Southeast Asia, where governments are increasingly taking a stand against the fossil fuel. Recent analysis by the Global Energy Monitor (GEM) identifies Indonesia as the only country in the region to build new coal energy infrastructure in the first half of 2019.

Thailand in January removed two major coal plants, the 800-megawatt Krabi and 2,200 MW Thepa facilities, from its energy development plan. It also shelved the 3,200 MW Thap Sakae project due to community resistance. The country’s plan also reduces the share of coal in the energy mix from 25 percent envisaged in the previous plan to just 12 percent.

In the Philippines, which faces a similar challenge to Indonesia of meeting fast-growing demand for cheap electricity, President Rodrigo Duterte recently called on his department of energy to fast-track the development of renewable energy and reduce dependence on coal. In practice, however, the government still hasn’t issued an executive mandate that would compel the energy department to change its coal-dependent roadmap. And in October, Duterte inaugurated the country’s 21st coal-fired power plant.

And while the region as a whole is home to three of the world’s top 10 biggest networks of planned coal power plants, construction of new plants in Southeast Asia has actually fallen dramatically since peaking at 12,920 MW new installed capacity in 2016, according to the GEM. In 2018, only 2,744 MW of new coal-fired capacity entered into construction.

“Coal power is facing something of a perfect storm,” she said. “Communities are rejecting it due to the high levels of pollution, renewable energy technology is undercutting it in terms of quality and cost, and financial institutions are backing away fast, making funding an increasing challenge for coal proponents.”

While the IESR analysis makes clear that Indonesia must begin phasing out coal power as soon as possible if it wants to contribute to the global climate effort, Fabby said doing so will be challenging without a clear exit strategy. He noted that coal mining is an industry that generates significant revenue and jobs for several provinces.

“Of course coal power plants can’t just be closed down, because there’s going to be economic and financial consequences,” Fabby said. “We need energy transition. We also need to anticipate the economic consequences that might happen.”

While the government plans to increase the share of renewables in the energy mix from 7 percent at present to 23 percent by 2025, progress has been sluggish. There are currently no carbon disincentives to encourage investment in renewable energy, while coal-fired power plants continue to receive hefty subsidies.

The government has hitched its renewable wagon to biofuel made with palm oil — a controversial decision, given the deforestation attendant in the production of much of the country’s palm oil.

Fabby pointed to a key omission in the renewable transition for Indonesia, the only country in Asia that lies on the equator: solar power, which remains largely unexploited.

“What we need is the political will,” he said. “For example, Vietnam, in a matter of 12 months they built 4.5 GW of solar. Countries like Vietnam can do it. The key is for the government [in Indonesia] to have the political will, feed-in tariffs and [attractive] prices so that investors can enter.”

Vietnam has turned into a solar power champion in the region, hitting its solar target six years early thanks to the government’s feed-in tariff that ensures a price of 9.35 U.S. cents per kilowatt-hour — thereby giving producers a financial incentive to invest in the sector.

As a result, Vietnam is experiencing a solar boom, with energy consultant Wood Mackenzie predicting the country’s installed solar capacity will reach 5.5 GW by the end of 2019, representing 44 percent of the total for Southeast Asia.

Indonesia can also look to India’s transition as an example, said Lauri Myllyvirta, the lead analyst at the Centre for Research on Energy and Clean Air (CREA). Both countries share similar demographics and a reliance on coal in their energy mix. India, however, has had greater success developing its renewables and easing away from coal, thanks to competitive auctions, according to Myllyvirta.

“So you make renewable energy providers compete for the lowest price and scale up the industry to bring down cost,” he said.

But with no policies in place in Indonesia to bring down the cost of renewables, development of clean energy alternatives will remain expensive, he said.

“If I drink a cup of coffee or eat rice in Australia, the cost is 10 times more expensive [than in Indonesia],” Myllyvirta said. “But if I want to build a solar PV, it’s more expensive in Indonesia. So we can see that the condition [for renewables] in Indonesia isn’t optimal yet. And this isn’t caused by geographical condition, because Indonesia has a lot of sun.”

Kuntoro Mangkusubroto, a former energy adviser to the Indonesian government and now head of the IESR-affiliated Indonesia Clean Energy Forum (ICEF), agreed that Indonesia risked being left behind in the global transition from coal to renewables without a drastic change in its policies.

“There needs to be a regulation that’s revolutionary,” he said as quoted by local media. “In a short time, coal will become the enemy of the world. Yet Indonesia still depends on coal for its power plants. This has to change immediately.”

Note: This article is adapted from an article published on Nov. 10, 2019, at our Indonesian website: https://www.mongabay.co.id/2019/11/10/bangun-pltu-dan-lepas-hutan-bakal-gagalkan-komitmen-iklim-indonesia-bagaimana-cara-capai-target/