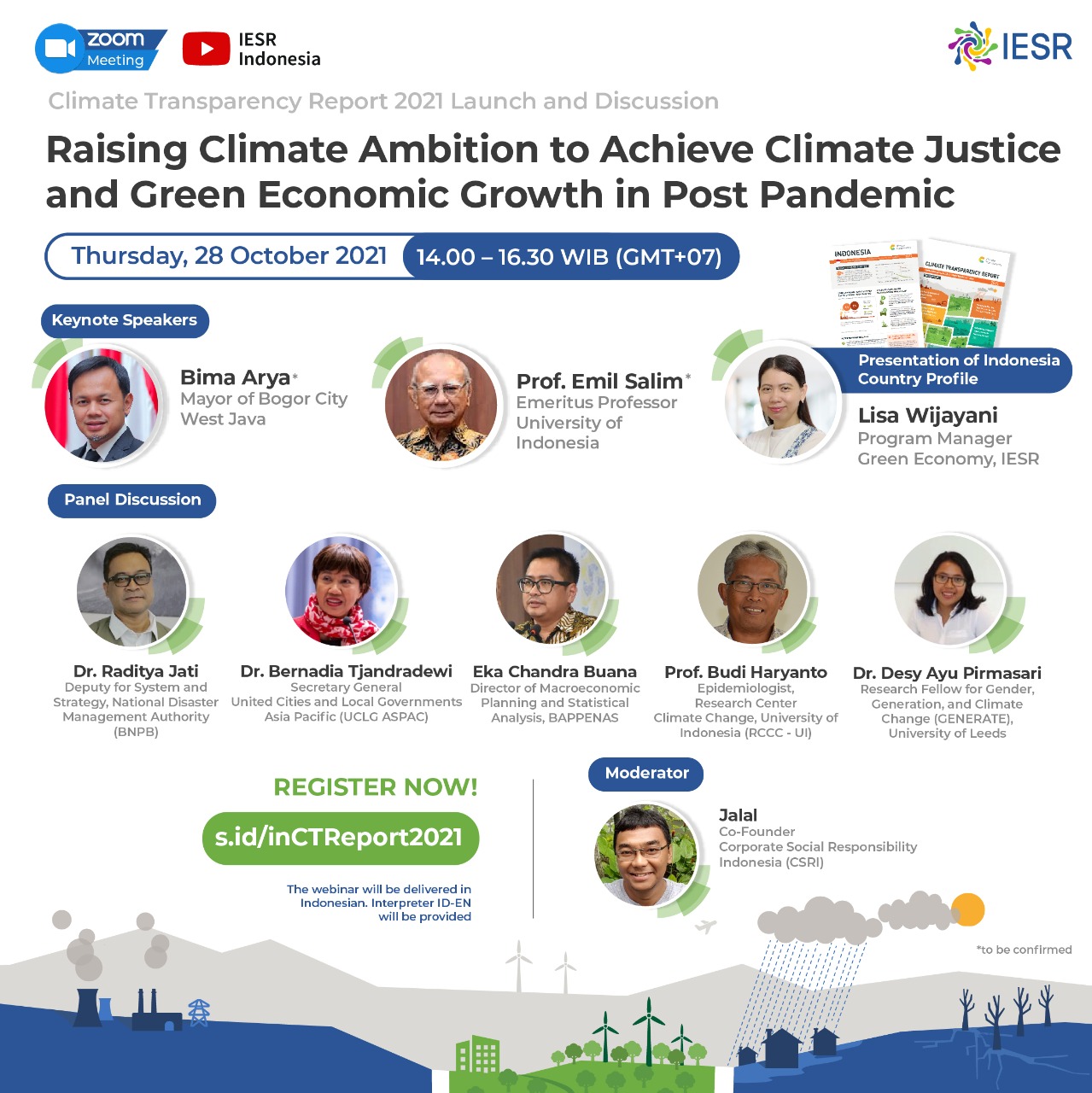 In its eﬀort to comply with the Paris Agreement, Indonesia has updated its Nationally Determined Contribution (NDC) along with Long Term Strategy for Low Carbon and Climate Resilience 2050 (LTS-LCCR) to United Nations Framework Convention on Climate Change (UNFCCC) in July 2021. So as to commit to reduce Greenhouse Gas (GHG) emission to 29% by 2030 below BAU unconditionally and 41% conditionally, Indonesia should accelerate the response to tackle climate change.

Climate change has increased the frequency of extreme weather which leads to severe natural disasters, especially hydrometeorology-related disasters. Greater temperature also changes the pattern of the dry and rainy season period. Severe drought has happened in some places where people suffer from food and water scarcity. This issue affects their daily needs and economic activities especially for people who work in the agricultural sector. The National Disaster Management Agency (BNPB) reported in 2021 there were almost 2000 disaster incidents. The massive number of flood events leads to the top disaster in Indonesia due to the high intensity of rain. Around 4 million people are suffering from disasters while 500 thousand people are evacuated from their homes.

Most of Asian countries have high vulnerability from climate change risks especially Indonesia as an archipelagic, coastal and tropical country. Furthermore, science continues to show that when the impacts of climate change accelerate, extreme weather events are taking a major toll in developing countries, particularly in Asia, as a home to some of the world’s largest youth populations. Not only degrading the quality of nature, but climate change is leading to loss of life, property and livelihood. Other than that, women, people with disabilities, and children are among the endangered groups impacted by the climate risks.

Indonesia’s commitment in mitigating climate change has been translated by the National Development Agency (Bappenas) through the Indonesia Climate Resilience Development Policy 2020-2045, in National Medium-Term Plan (RPJMN), and the roadmap of climate adaptation as a response to fight for the global threat of climate change.  As the impacts of climate change become accumulated, it can then create catastrophe for the world in the future. The following COP26 Summit in November in Glasgow brings the right moment for Indonesia as a middle income country to raise climate ambition and accelerate energy transition so as to prevent the worsening of climate change impacts.